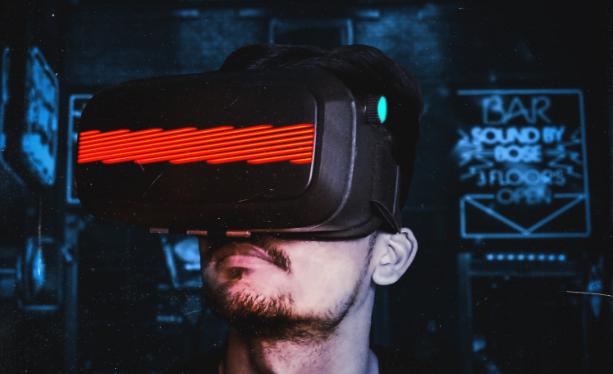 I was looking through Reddit on my phone and I came across r/100 years ago, which reports on things that happened this day — whatever day it is — 100 years ago. I decided to Google “What happened in 1916?,” and found that, unsurprisingly, the world looked very different than it does today. But one thing caught my eye: on October 16, 1916 (almost 100 years ago to the day), Margaret Sanger opened the first birth control clinic, which would eventually become the catalyst for Planned Parenthood.

Let’s pick this event apart for a second, since we have hindsight. Based on her statements we know that Margaret Sanger wanted to rid the world of the “weak” via birth control. In 1920, she stated, “birth control is nothing more or less than the facilitation of the process of weeding out the unfit [and] of preventing the birth of defectives.” OK, any person that has even the most mild respect for human dignity can recognize that there is something seriously wrong with Sanger’s position. We also know that Planned Parenthood — an evolution from Sanger’s birth control clinic “dream” — would eventually become the largest abortion provider in America, helping to end the lives of almost 60 million innocent unborn children.

So, take note of this: 100 years ago the starting line was “Margaret Sanger opened the first birth control clinic” and it became “60 million dead children.”

We are the least religious generation in the history of the United States;

The majority of us support abortion and the deconstruction of the family paradigm; and

75% of our generation aren’t all that concerned with threats to religious freedom.

So, if this is our “starting line” what is 100 more years of moral de-evolution going to get us? The last 100 years — as pointed out in the one example — cost us 60 million lives, and I would be bold enough to say that “opening up a birth control clinic” is an objectively more insignificant starting line than “the least religious generation in history.”

The argument against what I am saying is really the point: “But things will happen that will make our world better.” Well, yes, but things don’t just happen.

You have to make things happen.

And this is precisely why Halcyon exists. We are making things happen, and empowering our generation to make things happen, so that we don’t look back 100 years from now and see the genesis of destruction, hate, and chaos, but a moment where the family was recognized as the foundation of society, the moment all human life has value no matter the stage, and the moment our society turned away from relativity and towards moral truth.

Sign up for our newsletter for up to date info on what you can do to build a better world.
And it’s kind of awesome . . . 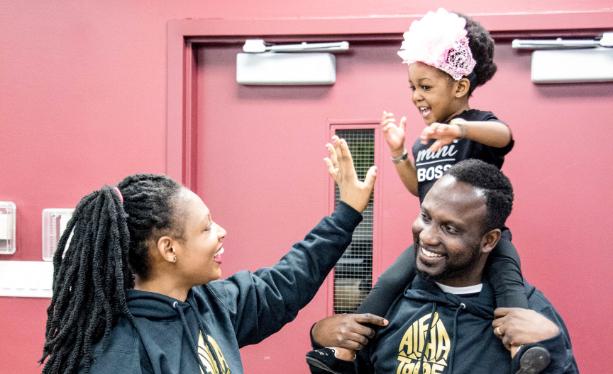 In high school we were tasked with reading The Communist Manifesto. A few days later, every person in the small class was seated at a round table and each person — one by one — gave their opinion of what they had read. After a few people shared their views it was my turn. I explained that some of the elements resonated with me. My father faced deep seated racism being a migrant worker who only spoke Spanish (read his story here), so I had grown up in the middle of the haves and have-nots.

I looked at the book in front of me, and abruptly stated, “I could never support this.”

All I could think of was a quote I heard attributed to St. Teresa of Calcutta. I couldn’t have quoted it word for word, but I was taken by the sentiment, “I try to give to the poor people for love what the rich could get for money. No. I wouldn’t touch a leper for a thousand pounds; yet I willingly cure him for the love of God.”

I responded to the teacher: “Because The Communist Manifesto is angry, and the only vehicle to justice is love. There is no other way.”

Like my conclusion regarding The Communist Manifesto, #BlackLivesMatter is in a similar category. A few days ago, I came across a page on the #BlackLivesMatter (BLM) website titled 11 Major Misconceptions About the Black Lives Matter Movement. Interested, I read through all 11 points, and concluded that BLM is a failed movement.

Let me be clear: I want to support #BlackLivesMatter.

For some that might be a controversial statement, and for others it is the right thing to do. I have spent a great deal of my time right in between the polarization that BLM seems to produce. I take the centrist approach here. Anybody who simply says: “all the black men were guilty” or “all the police officers were innocent” simply because of their ethnicity or their place of work is foolish. Period. I honestly do not know who is innocent or guilty, because I cannot weigh evidence through CNN or YouTube . . . and neither can you. Nevertheless, racial inequality exists, and we need to do something about it. However, the fact that BLM should exist, doesn’t mean they are doing the right thing.

After reading the article, and looking over the BLM website, it is clear that they are not doing “the right thing,” and here are three examples to illustrate my point:

The BLM website offers a myriad, albeit disjointed, set of issues that the organization focuses on, which includes “reproductive justice challenges affecting poor women of color and all people needing access to reproductive care.” BLM further states that “when we say Black Lives Matter, we mean all black lives matter,” except that not ALL black lives matter to BLM, as BLM neglects the lives of innocent unborn black children. According to Ryan Bomberger, “Planned Parenthood kills more unarmed black lives in one day than police are accused of killing in one entire year.” Moreover, it has been reported that Planned Parenthood targets the black community, and 79% of its facilities are within walking distance of minority neighborhoods.

If BLM was honest in their proclamation that “all black lives matter,” then they would stand against Planned Parenthood, and stop hiding behind the “reproductive rights” rhetoric by calling it what it is: killing innocent unborn children.

2. #BlackLivesMatter is not Built on a Moral Foundation

According to its site, the black church has a role to play in the BLM movement . . . but, that is not exactly true. BLM doesn’t understand the premise of faith, like, at all. BLM acknowledges that the black church was central to the civil rights movement, but not anymore, or at least not as a Christian church. BLM has, by their own admission, a very different relationship with the “church.” BLM rejects “any conservative theology about keeping the peace, praying copiously, or turning the other cheek.” So, basically, BLM rejects teachings central to what it is to be a Christian. Instead, BLM recognizes a subjective understanding of faith and a “revolutionary Jesus;” a theology that focuses “on the parts of scripture where Jesus challenges the Roman power structure rather than the parts about loving one’s enemies” (see my post on loving one’s enemy here). Yep, BLM just wants to hear the “parts of scripture” that, out of context, agree with their anger. This is such a far-fetched concept of theology that the only thing I can conclude is that the writer of the article has absolutely no idea what Christianity is. You see, a Christian focuses on Jesus’ revolution — a revolution centered on faith, hope, and love — not on a constructed version of Jesus that is made to fit within a specific revolution.

This point is incredibly important, because it is instructive on who is leading the movement. Any movement that is going to bring about goodness and justice must be a moral movement, as Martin Luther King, Jr. states, “This is a moral universe. It hinges on moral foundations. If we are to make of this a better world, we’ve got to go back and rediscover that precious value that we’ve left behind.”

We’ve got to rediscover morality, not make up our own.

3. #BlackLivesMatter Doesn’t Understand that the Foundation of Society is Family

The Guiding Principles of the BLM movement are convoluted, but one specifically stood out to me:

St. John Paul II asserted “As the family goes, so goes the nation and so goes the whole world in which we live.” BLM, however, is actively looking to “disrupt[] the . . . nuclear family,” which is the institution necessary to achieve a good and just society. Contrary to BLM’s false ideology, it doesn’t take a “village;” it takes a mom and a dad.

A social movement should be about hope, and if it seeks love in its end, then it must be lived out in love. In contrast, #BlackLivesMatter wants to continue the genocide of innocent unborn children, reconstruct the teachings of Christ to fit their needs, and disrupt the family.

These are not things that anyone who wants to build a good and just society can support.

Racial inequality deserves a movement, but it deserves better than #BlackLivesMatter.