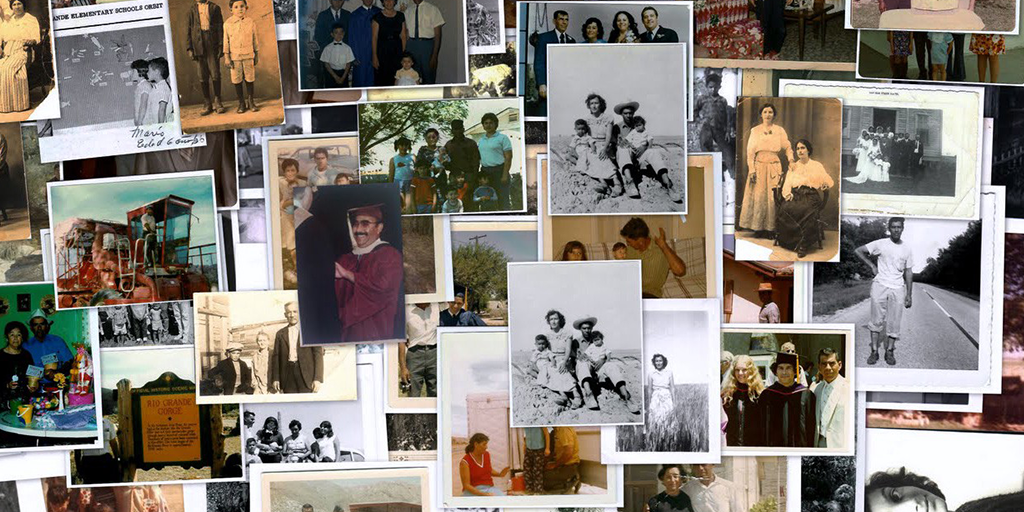 As I listened to Alonzo on the phone I could hear a little grin in his voice. He loves to tell stories, but some of the stories aren’t easy to hear. Al, as he goes by now, grew up as a migrant worker, and being a migrant worker meant he lived in camps, where he said, “we only spoke Spanish; we moved around too much to settle in and learn a different language.” When he started going to school, around the mid-1950s, he couldn’t get much out of it not knowing English. The first grade, he said, was a bit of a blur — mostly because his family’s work followed the crop cycles. They would drive in the backs of old trucks that were covered with a canopy. As Al tells it, the carbon monoxide would get so thick under the canopy that when one person started to vomit it would cause a chain reaction. Al doesn’t seem to be too upset about the memories — like I said, there is a grin there. A fondness, not for the hardships, but for overcoming those hardships. He talked about his mother and father, and how they sacrificed to give him and his brothers and sister a better life.

When Al started to talk about the second grade his mood changed a bit. He paused. A moment of silence in an otherwise talkative conversation. You can tell that the story he was about to tell was one that changed his life, but the story wasn’t about him; it’s about a little girl.

In the second grade, the teachers demanded that Al spoke English — to speak in Spanish, the only language he knew, would result in punishment. And the punishments were severe. If you spoke Spanish you were spanked, and while that was bad enough, the word “spank” doesn’t seem to represent the act. Al spoke of one moment when a teacher asked him a question. He told me that getting called on in class caused anxiety, since he knew it would result in punishment. You could still hear a bit of the nervousness in his voice over sixty years later. Al walked up to the chalkboard to answer the question, but when he spoke in Spanish the teacher beat his hand with a ruler. She hit him so hard that a vein broke and blood poured out on to the floor.

When the teachers grew tired of hitting Al, they decided that he should pick up after the other students during recess. So, while all of the other English-speaking kids were playing, Al was walking the grounds with a tin trash can picking up the garbage. He told me how demoralized he felt, but Al never spoke with sense of self-pity, just a pure human reaction to rejection.

One day, while picking up the trash during recess, one of his classmates, a young girl named Victoria, approached Al. No words were exchanged; she just grabbed one of the handles of the trash can, and started to pick up trash. The teachers weren’t pleased with her. Al, according to the teachers, was a degenerate and his punishment deserved. As such, Victoria was punished along with Al.

But she didn’t stop. One day on the schoolyard, to Al and Victoria’s surprise, one of the other kids reached down and began picking up trash. Then another. Others joined. They were punished as well.
Al wanted to do something about the misplaced guilt he felt for the punishment his helpers endured, so he decided to learn English. Victoria took up the challenge, and so Al would point at something and Victoria would patiently give him the word in English. Slowly, but surely, Al would learn English, and ended up doing quite well in school — eventually finishing his education with a Master’s Degree in Organizational Management.

Al can tell this story about that little girl with pinpoint accuracy. He still thinks about Victoria every day. It isn’t too hard. I could hear her chiming in as I talked to Al on the phone. Al and Victoria got married just after high school, and just before Al left for Vietnam to serve his country — a country he speaks of dearly. Al’s faith, and his love for Victoria, have left no room for anger about his past, just a grin. A grin that represents the courage to forgive, and to build something better. And building something better is a mantra that Al and Victoria have passed on to their kids.

That one decision the brave little girl made isn’t just a moment that I can look at for inspiration; it is the moment that my life, and the lives of my brothers and sisters became possible. One little girl’s brave decision made a big difference, and on that brave decision we’ve built a family. Now, from that family, we are building a movement. I started The Halcyon Movement with small group of people, which includes my brother, Nathan. Al and Victoria, our mom and dad, raised us to build a better world, and to understand that each decision we make can either build up or tear down. My mom would always tell us, “life and death is in the power of the tongue,” (Proverbs 18:21), and she meant it. What we say and do makes a difference, and we never know when a choice will be put in front of us that requires a moment of bravery to make the right decision.