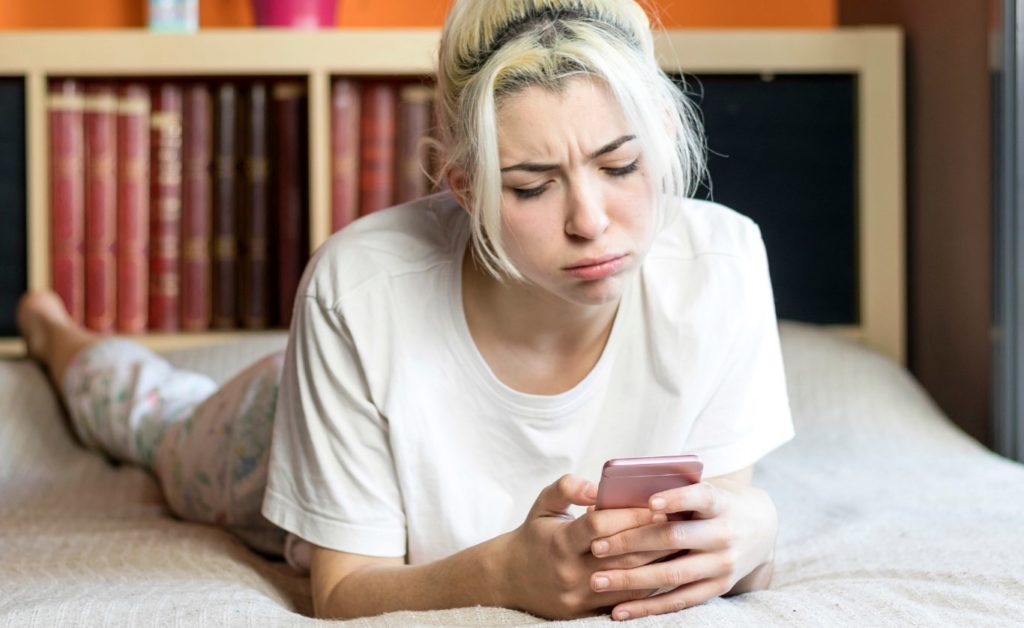 The word FOMO made the official cut for the Oxford English Dictionary in 2013, but the feeling’s been around a lot longer: “fear of missing out” is an anxiety so common, it got its own acronym.

FOMO can affect all people of all ages, but you could say it’s especially common among young adults. In fact, nearly three quarters of young adults report having experienced it.

The side effects? Checking your phone and social media to follow what’s going on, over and over and over again. When we think we’re missing out, we use technology like a window to keep tabs on events or people.

Maybe this helps us feel involved in whatever experience it is we’re missing, but probably not. More than likely, it just creates anxiety and resentment.

FOMO can come from discontent

It’s one thing to “miss out,” it’s another to fear missing out. The reality is we can’t be everywhere all the time, and so that means we naturally have to miss out on some experiences. Whether or not we can content ourselves with that is where FOMO comes in.

People who see the majority of their activities as obligations, such as studying or working, are more likely to experience a higher level of FOMO.

The sad thing is that FOMO is more likely to be experienced by those who feel unhappy. People with lower levels of general mood and life satisfaction tend toward higher levels of FOMO.

That said, FOMO is felt by everyone at some point or another, regardless of temperament.

People who see the majority of their activities as obligations, such as studying or working, are more likely to experience a higher level of FOMO. Why? Well, because when the activity causing you to “miss out” isn’t fun or interesting, you’re prone to assume the activity you’re missing out on is fun or interesting.

Along that line, you’re more likely to feel FOMO later in the day or over the weekend when people typically engage in fun activities and socializing.

Stay off the socials

Wonder where social media addiction comes from? Well, one answer is FOMO.

Happiness research shows that comparing yourself and your life to others can lead to anxiety, unhappiness, and depression. Yet, that’s the very behavior social media encourages, by giving people a platform to put themselves and their lives on a cherry-picked display.

So, if you want to stop feeling like you’re missing out and feel at least a little happier with your own life, start by logging off social media. Or, deleting it altogether!

When we feel FOMO, we’re focusing on what other people are doing instead of what we are doing. In keeping our eyes peeled on other people’s lives, we deprive our own lives of our full attention.

This is not the way to live!

Think about the things in your life that you’re thankful for and that make you happy.

So, maybe you are a little sad to be missing that party, but instead of allowing yourself to get caught up in an experience you’re not having, try to focus on all the things you do have.