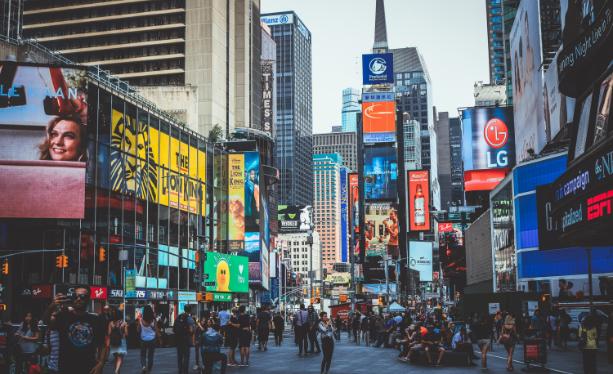 This past weekend I was sitting down with a friend talking about church. He made a comment that it was important to go to a church that told the truth, and I asked him about some of the stances his church takes on today’s more controversial issues. He sat silent.

Look, being a Christian was never supposed to be easy.

I hear a lot, and have experienced, a sort of “wait-and-see” style of Christianity that either ignores the immorality of society or chooses to not engage it. Halcyon’s response, put plainly, is that the world is not going to change itself. If we want a society built on the foundations of faith and family, then we have to build it. Christianity, by its nature and call, requires us to move ourselves and others towards a more moral world.

But why, if our Christianity calls us to take action, do we find our faith being pushed further and further towards irrelevancy in our culture? Here, in no particular order, are 3 reasons Christians are not impacting culture:

1. Charity is no longer our cornerstone.

If the church seeks to change the world, charity will be the vehicle through which it will do so. Charity has always been the medium the church has used to shape the world. And charity is not only a matter of generosity, but a core behavior that defines how we interact with the world.

During Emperor Julian’s reign in Rome, the early Christian church openly stood against Emperor Julian’s attempts at creating a pagan state. Julian levied substantial fines on Christians and removed their religious freedom. The early church did not waver on preaching truth, and the charitable actions of the Christian community changed the hearts of the people. Emperor Julian is often quoted as saying, “The impious Galileans support not only their own poor but ours as well.” He was never able to slow down the growth of the Christian faith that would eventually triumph. The faithful did not have to give up compassion and love, expressed through charity, in order to tell the truth.

2. We aren’t changing the world; the world is changing us.

We are called to tell the truth, and live it out in love. All too often we find the church silent on really important issues that are affecting our culture. This is not a point of negotiation: the church must stand up for the truth, even when it is not popular; you and I must stand up as well.

And as we make our stand we must act with compassion.

Compassion is a key component of Christian behavior. The word compassion is rooted in the Latin word compati, which means “to suffer with.” It does not mean to simply help those who suffer, or point out their suffering. Compassion means we suffer with those who are suffering. This perspective changes how we act towards others, specifically the weak. And the weak is not a small term. It is not only those who are sick or dying, or those who are poor; it is much bigger. While the Bible references physical weakness, it also puts a significant focus on human weakness; mankind’s internal failure in relation to our sin. In this sense, we are all “weak,” therefore, how you protect the weak — and how others protect you — is deeply connected to Christ’s words in Luke:

(read Luke 6:27-36). For the Christian, protecting the weak means we care for the dying, care for the sick, clothe the naked, feed the hungry, fight tirelessly to stop abortion, but also follow Christ’s instruction to love our enemies.

But how we communicate that love is important. The representation of the Christian person in the media does not, in my mind, represent the church. The truth is that Christians are a diverse group of believers spanning hundreds of cultures, nationalities, affiliations, and traditions. As such, we need to change how Christians are depicted by speaking up and speaking out in a way that puts our diversity front and center. Moreover, the way we “speak out” matters. The angry, socio-political rhetoric and biased communication doesn’t fit within a Christian’s dedication to compassion and truth.

3. We are misapplying grace.

Look, I know there will be some of you out there who read this post and see it as “soft” because it uses words like “diversity” and focuses on compassion and love. There will also be those who read this post and see only compassion and love, but forego the call to tell the truth — even when it is uncomfortable. Christian behavior should exist somewhere in between, and this isn’t merely a populous opinion.

Christianity, applied without grace, turns the Christian into something else entirely. As does the application of grace without truth.

Grace isn’t an attempt to get along at all costs, nor does grace ignore the situation. Grace properly applied is unmerited (love your enemy), but it does not mean that it is applied without the truth. Grace, love, and compassion exist because of, and within, the truth, and refusing to tell the truth in an effort to extend comfortability is a misapplication of grace.

In the end, if we want to influence and change the world we have to start with ourselves. The changing as to how the Christian church engages with the world is a job that we must all take up. And contrary to what some might believe this is not a matter of PR. There seems to be an idea that if we properly “market” and message our faith we can “infiltrate” the culture. Ultimately, however, our job is not to convince the world of Christ’s love; rather to show the world Christ’s love and live out his call on our life.