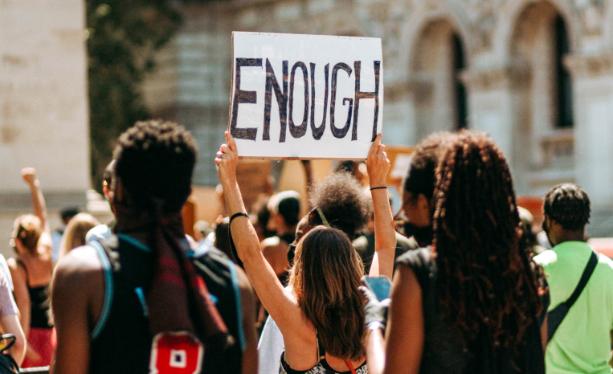 The Halcyon Movement is an organization concerned with culture, and January was a very big month with Trump’s inauguration, the women’s march, the march for life, the 44th year of Roe v. Wade’s existence, almost daily protests, the immigration ban . . . I could keep going. Our culture is in a very interesting (and tumultuous) moment where we face crossroads on many issues — and people are worked up about it.

Interested in what the data could show us about how individuals are interacting, we started to go through all of the engagement to determine what insights we could glean from the interactions. We used four mediums to gather data: surveys, petitions, emails, and engaged in conversations — then we used a mixed method analysis of the data. The subject matter was centered around faith, abortion, morality, and President Trump. In the end, we discovered four insights:

The polarization was apparent. The rates of division hung around 50%, which doesn’t necessarily mean that the country is split 50/50, but it is a signal that the middle is either becoming a smaller demographic, or is being marginalized (more on that next). There were not a ton of responses where people were asking for more information or clarity, and instead were much more likely to offer their opinion. As such, the concept of “truth-seeker” did not exist on either side of the cultural debates discussed.

Another interesting division was around President Trump. There were people who truly believed that President Trump was not a respectable or worthy president, and as such offered no possibility to be “won over.” In contrast, there were people that argued that the President was an honorable man of his word, and would absolutely fulfill his campaign promises. There was little (read that zero) responses that articulated a position that would effectively give the President a chance at success despite their current perception of Trump.

2. People are not willing to have a constructive debate (read that as people are mean)

This insight was so strong that we have already put out a post talking about it, which can be found here. This insight might extend beyond our data, as Sen. Marco Rubio discussed it on the Senate floor on February 07 (video below). Rubio’s impression that “we are becoming a society incapable of having a debate anymore” is echoed in the responses to our content. Sen. Rubio’s words capture the sentiment:

I don’t know of a civilization in the history of the world that’s been able to solve its problems when half the people in a country absolutely hate the other half of the people in that country.

The one important element missing from the discussions in responses was the active moderate voice. Extremists (based on their responses) were much more likely to comment, whereas moderates were content to just “Like” a message or respond with a “yes” in agreement. Left-leaning users were more likely to engage, and responders on both sides of each issue were aggressive. This may mean that there is very little room for a moderate to debate without getting attacked by both sides. (Oddly enough, Halcyon was called both a “right wing zealot” and “liberal, left-leaning communists” on the same piece of content; a piece urging President Trump to keep his pro-life campaign promises — we had a good laugh, and then a good scare in realizing people aren’t even reading anything anymore and are just shouting opinionated nonsense — our data agreed with our fears.)

3. Issues are no longer separated from ideological positions

There does not seem to be a divide on specific issues, and instead people tend to take on a tribe mentality. One person emailed and said she “would be a pro-life Democrat if there was such a thing anymore,” which illustrates perfectly how the divides are constructed along ideologies and not issues. Anecdotally, this means that there are fewer common ground areas or issues that people can find with one another (at least in regards to the cultural questions we discussed). Respondents were either Right, Left, or silent. As Sen. Rubio states, “What’s at stake here tonight . . . is not simply some rule, but the ability of the most important nation on earth to debate in a productive and respectful way the pressing issues before it.”

The keywords here are productive and respectful. This type of debate is not happening (see insight #2).

4. Tolerance was never really a thing

So, we didn’t conduct a question or put out content on tolerance specifically, but I think it is important to discuss in the context of the responses. The idea of tolerance — at least in my lifetime — came to the forefront of the cultural debate on marriage. The problem is, as we now have hindsight, no ever really intended to be tolerant — on either side . . . on any issue. The hypocrisy on both sides of the divide is thick. It is basically a matter of “so long as I agree it is fine,” and that sort of action will always polarize, as it fails to allow for larger concepts of governance and morality to hang above and guide our personal opinions and positions. A society built like this can only accomplish its goals via power, and not constructive debate and compromise, which means America will be shaped by who is in power, and not by a search for what is right and good.

So, what is Halcyon doing about it?

OK, so you got this far, which probably means you’re pretty discouraged by the state of our culture. We get it, which is exactly why The Halcyon Movement exists. Our mission is to connect truth to action for social good. We believe that morality should guide us — not political tribes. There are wide, diverse issues that our culture faces. Instead of seeking answers through power and a relativistic personal truth, we believe in external truth that can be found in natural law and faith. But how we share our belief is important as well (I mean, just look at the insights to see that sharing is now really just a shouting match). We are called to tell the truth, and live it out in love. We have specific positions at Halcyon, but our positions, like valuing all life at all stages, exist because we believe in faith, hope, and love. These elements — faith, hope, and love — must also be evident in how we communicate and interact.

The Halcyon Movement is building a better, more moral world by engaging with hundreds of thousands of people and creating campaigns that deliver practical cultural change. The division must stop, and we must replace it with hope and a search for truth — a hope in something greater than ourselves, and a truth rooted in the foundational values set forth by God to guide mankind towards love and community.