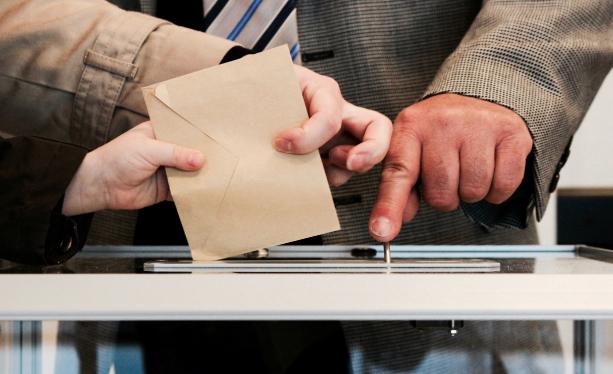 I don’t know about you, but I am pretty sick of election stuff. Even writing this article is troubling for me, but the election is important, so here it goes.

First, Halcyon will not suggest who you should vote for. We are a 501(c)3 organization, and don’t promote candidates. Second, we are not a political organization, so even if we could we probably wouldn’t comment — Halcyon is neither “right” nor “left.” Third, you are a human being, so you get to make decisions for yourself.

All we want to do is offer some considerations before you cast your vote:

1. Faith is more important than politics.

I love those “separation of church and state” folks. They’re cute. But they don’t get it. I am not an American who happens to be Christian. I am a Christian who happens to live in America. As such, I would encourage you not to look at your faith through the lens of politics; rather look at your politics through the lens of your faith. Christ is bigger than politics . . . bigger than America . . . bigger than, well, any possible thing. So, if you want to build a better world it is best to work with the solution, which is your faith not your political affiliation.

2. Culture change doesn’t start with the next president.

I am not saying that the next president won’t have any influence on culture, but it is important to remember that the candidates (and all of their many, many flaws) did not create the culture — they are products of it. If you want better leaders, then take charge and create the society that produces better leaders (see You Are The Leader You’ve Been Looking For). Culture change is about playing the long game, and so we need to look beyond Tuesday and start thinking about how we are going shape our culture instead of ceding culture over to elected officials. If you want the world to change, then you are going to have to change it.

3. Voting prolife doesn’t make you a “one issue” voter; it makes you a decent human being.

Lives are at stake and we need to call a spade a spade, or in this context, a baby a baby. If we do not have a culture that understands the value of all human life, then we will never have a proper understanding of human dignity. It is paramount that our elected leaders have a proper understanding of human dignity, and therefore voting prolife is bigger than abortion; it sets the tone for the world we want to live in: a world where the family is our foundation and all human life is valuable.

OK, this really has to do with what happens after you vote, but no matter what goes down on Tuesday, we are all in the same difficult, complex predicament — and none of the candidates are going to solve that. We need to start figuring out how to work together, or this thing isn’t going to work. A lot of this whole conundrum feels out of our control, but each of us can control how we treat others. So, don’t set Facebook ablaze if things don’t work out (go for it on Twitter . . . there is no preventing that), and instead let’s get to work on building a better world, because . . .

Every election feels like if my candidate doesn’t win the world as we know it will fall apart. It won’t. God was, is, and will be in control. That is not some sort of cheesy Christian cliche — that is truth.

So, no matter what happens on Tuesday, The Halcyon Movement is full of hope, and will be right here with you on Wednesday ready to change the world. We know that things have to change, and we want you to join us on this journey to create a better world rooted in faith and the family.

Sign up for our newsletter for up to date info on what you can do to build a better world.
And its kind of awesome . . .