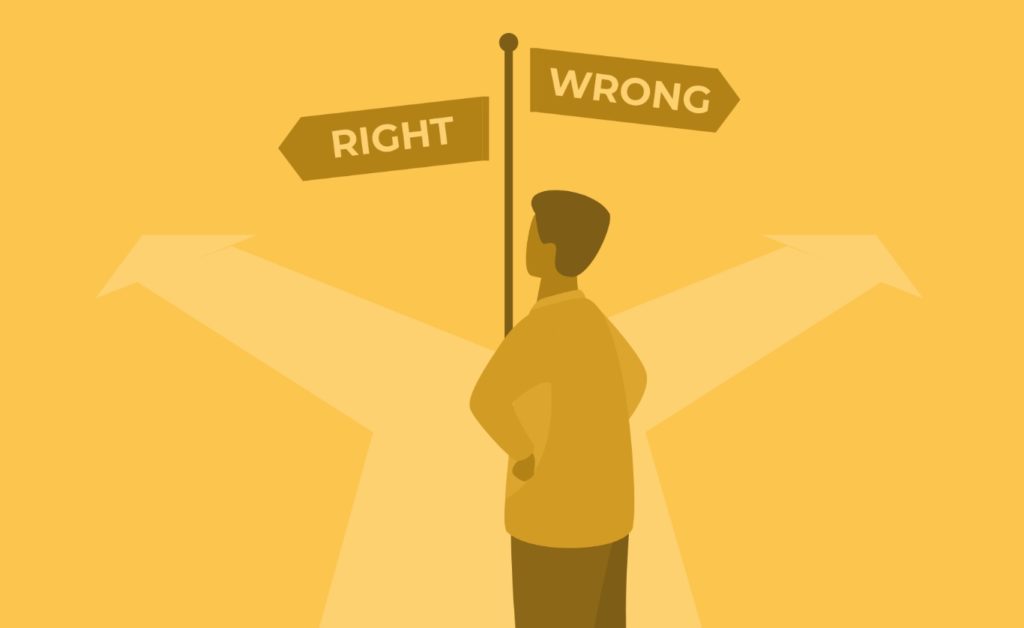 A 2018 Marist Poll found that the most popular New Year’s resolution that year was to be a better person. Great right? But, what does that even mean?

Typically, people understand being good as being moral.

The word moral is often closely associated with religion as the most prominent religions have been steadfast guardians of moral codes for centuries, if not millenniums. For some, organized religion is valuable precisely for this reason.

For others, a sense of morality comes from what’s learned in school, particularly within higher education.

With the dissemination of the scientific community’s insistence on the necessity of separating what ought from what is, higher education became where people learned about how the world is and was but not how it ought to be. In many ways, education intentionally abandoned its moral teaching impetus.

People have innate freedom to construct their own belief systems and make their own moral decisions and, while this is ultimately a positive thing, it can be daunting as well.

The moral systems that come from the major religions or philosophical schools have been iterated on and improved for many centuries and therefore they tend to be battled-tested and hold-up well in most contexts.

Creating our own moral systems without the benefit of our ancestors’ wisdom is a sure path to frustration. In our short lifespans, we can’t hope to learn all that we need to develop a sound moral system capable of guiding us through life’s innumerable trials. That said, this shouldn’t discourage us from questioning inherited morality or seeking to build on humanity’s brain-trust.

The morality trap is the idea that your moral code comes from something or someone outside yourself. But, there is evidence to suggest that we all have some basic sense of morality. Social psychologists, ethicists and religious leaders show that, for the most part, we do agree on “the big stuff” no matter what walk of life we come from: being kind and being fair are good, murdering and stealing are bad.

If we agree on “the big stuff” then why are people unfair? Why do people steal? The reality is  the morality we practice in adulthood is significantly influenced by how we were cared for and socialized as children, and whether we often experienced love, empathy, and kindness.

In many ways, it’s not a matter of discovering your moral code, it’s rather a matter of realizing what it already is.

Your moral code will depend on your belief system as well as your emotional nature, abilities, strengths, weaknesses, and goals. It must be consistent with your goals otherwise your morality will end up frustrating your efforts to realize your goals.

Think here of the familiar trolley problem: do you save five people in danger of being killed by the trolley by diverting it to kill one?

It’s a hard, seemingly impossible decision. It’s a question that can only be answered using your moral code. The trolley problem distinguishes between two concepts of morality: in one, it is moral to choose the action with the best overall consequences (only one person dies); in the other, the idea that we should always adhere to strict principles like “don’t kill” (by diverting the train, you are choosing to kill that one person).

Still unsure about your moral code?

There’s endless thought experiments, like the trolley problem, that you can find online to help you figure out what makes your moral code tick. As you get a better understanding of your moral code, you’ll find it easier to make confident moral decisions.

If you’re struggling to discern your moral code, try a few Google searches that outline the moral codes of the major religions or philosophical schools. They might illuminate what is hidden within you.