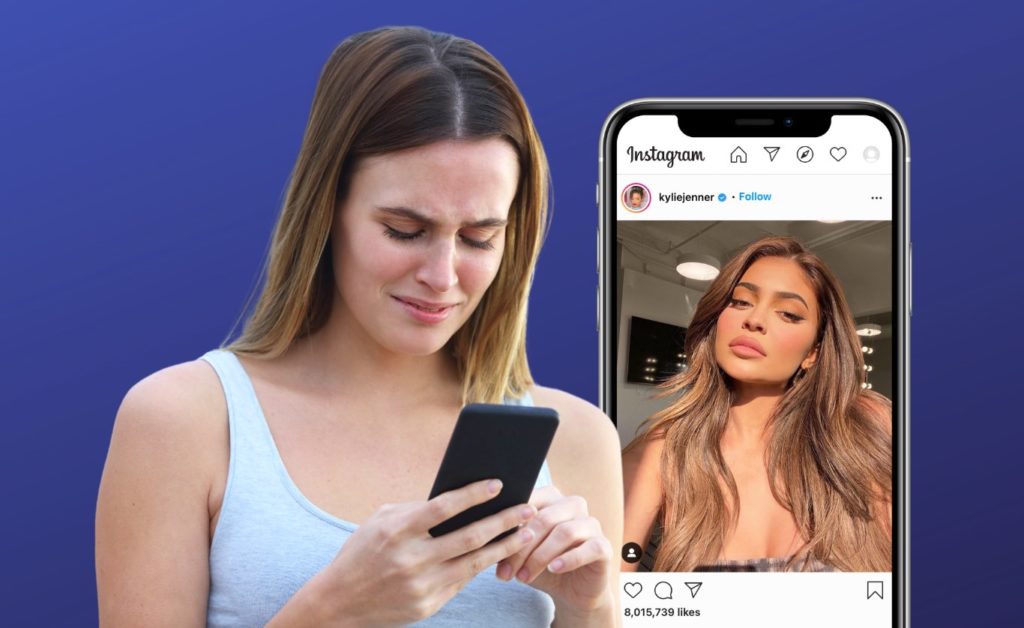 It’s easy to get caught up comparing yourself to other people. In some cases, comparison can be a tool for self-improvement.

For example, you see that someone you know has gone on to get an advanced degree, so this motivates you to put more effort into your own schooling.

But comparing yourself to others can also damage your self-confidence and overall mental health. Comparison often brings with it feelings of inferiority.

When you’re constantly comparing yourself, you can even put yourself at risk of depression.

When we compare ourselves to others, it’s usually with people we know: our family members, friends, colleagues, and neighbors. And the comparisons we feel most acutely typically have to with our insecurities. This could be appearance, relationships, wealth, professional achievement, goals, or something more specific.

Everyone compares themselves, but some people are at higher risk of negative social comparison than others.

Studies show that people who frequently compare themselves to others are more likely to feel envy, regret, guilt, and defensiveness.

Nothing positive or productive can come from self-diminishing social comparison.

Studies show that people who frequently compare themselves to others are more likely to feel envy, regret, guilt, and defensiveness.

They are also more likely to lie, deflect blame, and behave destructively. Overall, people who make a lot of negative social comparisons are less happy than those who avoid this behavior.

Social comparisons can decrease a person’s feeling of well-being.

There is a proven connection between high levels of comparison and low levels of self-esteem, as well as depression and neuroticism.

Unfortunately, social media appears to demand us to compare ourselves with others.

Negative social comparison can seem impossible to avoid on social media, as it gives you a highlight reel of other people’s relationships, family life, and seemingly picture-perfect lives.

Studies show that time spent on Facebook can bring on feelings of depression and loneliness, especially among adolescents who tend to compare themselves more than any other age group.

One of the issues with social media is that people only share a portion of their lives to the public, and may leave out some of their more negative experiences.

Negative social comparison can seem impossible to avoid on social media, as it gives you a highlight reel of other people’s relationships, family life, and seemingly picture-perfect lives.

When you find that social media is pulling you into a damaging pattern of social comparison, it is important to disengage. Given the nature of social media, sometimes the only way to break from the cycle of its negative mental health effects is to log off and take a break.

Remember, people who are less-inclined to compare themselves with others tend to be happier and more well-adjusted. Oftentimes, these are the same people who have low or nonexistent levels of social media use.

When we use our perception of others to answer those questions, we’re outsourcing our measure of success or happiness, rather than using our own values to measure these things for ourselves.

When it comes to comparing yourself, whether it’s in reality or on social media, a healthier approach is to try and see other people’s positive qualities or accomplishments as motivation.

Again, social comparison is an innate psychological tendency. So, it might be impossible to stop it completely. But, one great way to manage negative social comparison and its bad mental health effects is to practice gratitude daily. Reminding yourself of what you have and being grateful for those things can lessen feelings of inferiority.

So, the next time you find yourself comparing your life to someone else’s, take a moment to think of all the things you’re grateful for.