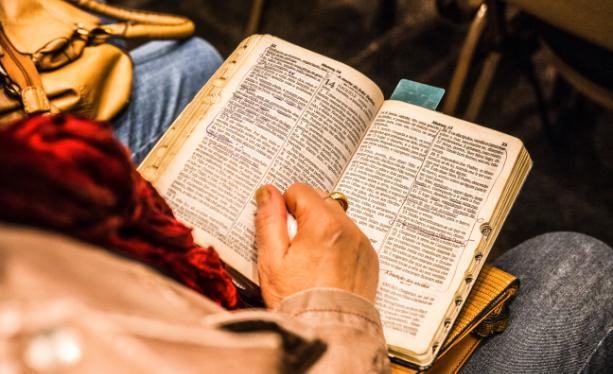 In today’s society, it would seem that each one of us has a ton of identities: gender, ethnicity, cultural, nationalism (or globalism), generation, class, sexual orientation, and political. These identities — nearly all of them — are a constant cause of an often divisive debate in the public square.

One identity, however, is different.

For the Christian, our identity as a follower of Christ is paramount. It guides who we are, who we will be, how we act, and constructs our worldview. As James 4:7 asserts, we are told to “give yourselves completely to God.”

In What is Art?, Leo Tolstoy stated that “the Christian religious perception was not one of those small steps by which humanity advances regularly, but was an enormous revolution, which, if it has not already altered, must inevitably alter . . . the whole internal organization of [one’s] life.” The importance here is Tolstoy’s understanding that Christianity transforms a person’s identity in such a way that they are no longer the same person. As such, for a Christian, this is the only identity that matters.

If our Christian identity is paramount to who we are, then what happens when we are told that we can no longer live according to our faith? It is the quintessential attack on us as a people. There are many — even other Christians — who tell us that our religious freedom is not being threatened. The reality is we live in a society where threats and opposition are ever-present. We are told not to pray in school, not to share our faith at work, keep our faith and politics separate, and ensure our businesses — our livelihood — are conducted in a secular manner.

How, if our Christianity is the most important quality of our identity, are we supposed to follow through on these separations?

For instance, do we ask gay men or lesbian women to quiet their identity at work? No, we are told to celebrate it — for a whole month. Identity politics is one of the most influential elements of our modern culture, and yet Christianity is being systematically removed from the discussion — or worse, it is being vilified.

The point is this: Our Christian identity matters.

Our faith is not meant to be locked away in our homes and churches. It must be lived out in all we do — no matter where we are OR who we are. So, The Halcyon Movement is launching a campaign to rally Christians to live out their faith in the public square.

We are asking people to sign and declare “I Will Live Out My Faith!”

The Bible tells you to “be on your guard; stand firm in the faith; be courageous; be strong.” 1 Corinthians 16:13. If we do not follow this instruction, then we are sure to face what Al Mohler calls a “post-Christian America,” if we are not there already.