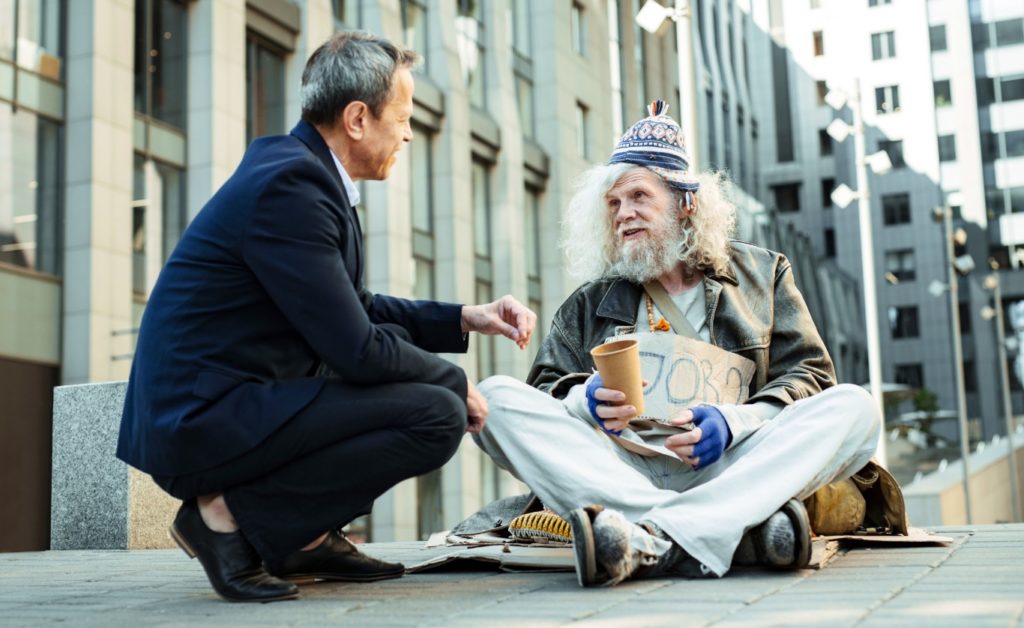 What does that mean?

It means that if you do good to those around you–volunteer, donate, lend a helping hand–then your health will thank you for it.

Here are a few ways generosity has been demonstrated to improve physical and mental health:

The body’s chemicals are largely responsible for the benefits generosity has to health.

Acts of generosity release feel-good chemicals, like serotonin, dopamine and oxytocin. These chemicals in turn combat symptoms of depression and anxiety.

Not to mention, generosity is contagious and those who receive another person’s generosity are much more inclined to be generous to others.

Recognizing generosity’s measurable positive effects on physical and mental health, Halcyon recently embarked on a “Generosity=Good Health” campaign with the goal of convincing people to care more about generosity and be more generous in their daily lives.

We designed a short quiz to inform, convince, and encourage behavior change in participants.. We put the quiz in front of people all over the world, gathering responses from Portugal, the United States, Italy, and more.

Unfortunately, the campaign was not successful. The objective was to spread awareness of the positive health effects of generosity: we had hoped that by affirming generosity as a positive characteristic and giving a secondary rationale for it, that might incentivize people to want to learn more.

But, it appears that our audience is less engaged by “positive” topics than “negative” ones. That is to say, while past successful campaigns have addressed a societal problem about which there is already some surrounding IQ (i.e. smartphone use, clothing waste), this campaign was not connected to a glaring social issue.

The results were shocking, compared to the other campaigns Halcyon recently ran focused on negative forces in society.

A small victory is that, of those 31 survey submissions, 30 clicked the outbound resource link.

If you want to learn more about how generosity can benefit your health and take steps toward being more generous, you can start today by taking some simple steps: