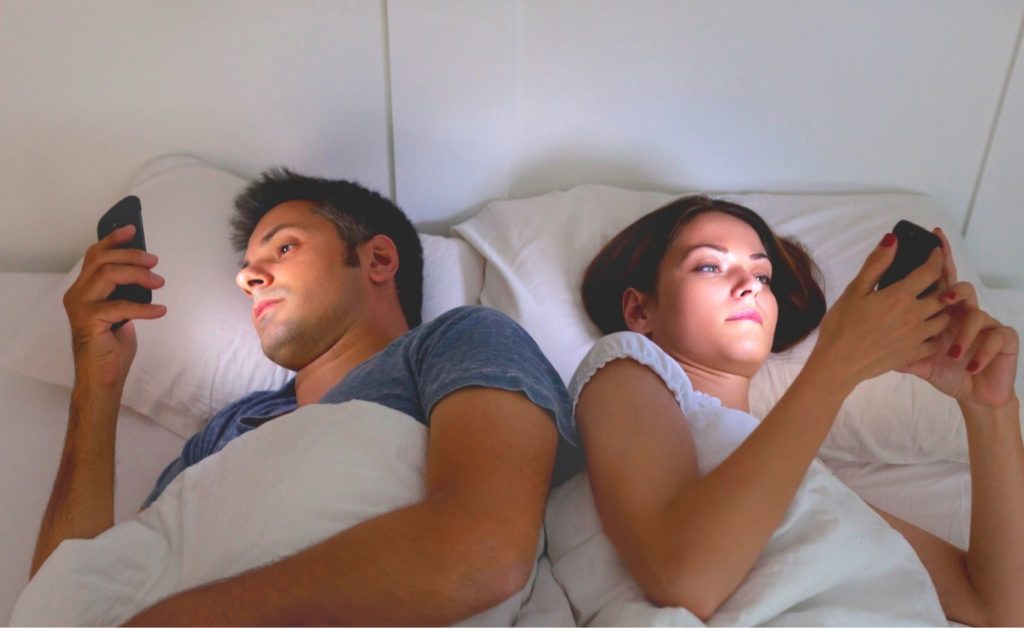 What sleeps next to you at night? If you’re like 71% of the population, the answer is your phone. So, it only makes sense that 40% of people check their phone in the middle of the night. A habit which certainly doesn’t lead to better sleep, considering that a phone screen’s blue light suppresses the brain’s secretion of melatonin.

The scary reality is smartphone use can become an addiction and where we find ourselves is a world where smartphones exist as a public health crisis. Looking for proof? Consider these unsettling facts:

Recognizing the serious mental health risk posed by excessive smartphone use, Halcyon launched a campaign to raise awareness about the consequences of smartphone addiction. The goal: to get people to reconsider their own habits when it comes to smartphone use and, simply put, unplug.

We put together a 10-question quiz with the intent of informing people of the facts and prompting them to reassess their phone-routine. We put the quiz in front of people from Spain, Portugal, Poland, Ireland, Canada, the United Kingdom, Italy and New Zealand, obtaining 241 responses.

A success! The campaign succeeded in informing people about the risks of overusing your smartphone as well as encouraging them to decrease their smartphone dependence. The best part is that 96.95% of respondents who completed the quiz clicked on the post survey resource.

If you want to learn more and help reduce smartphone addiction, just follow these simple steps: