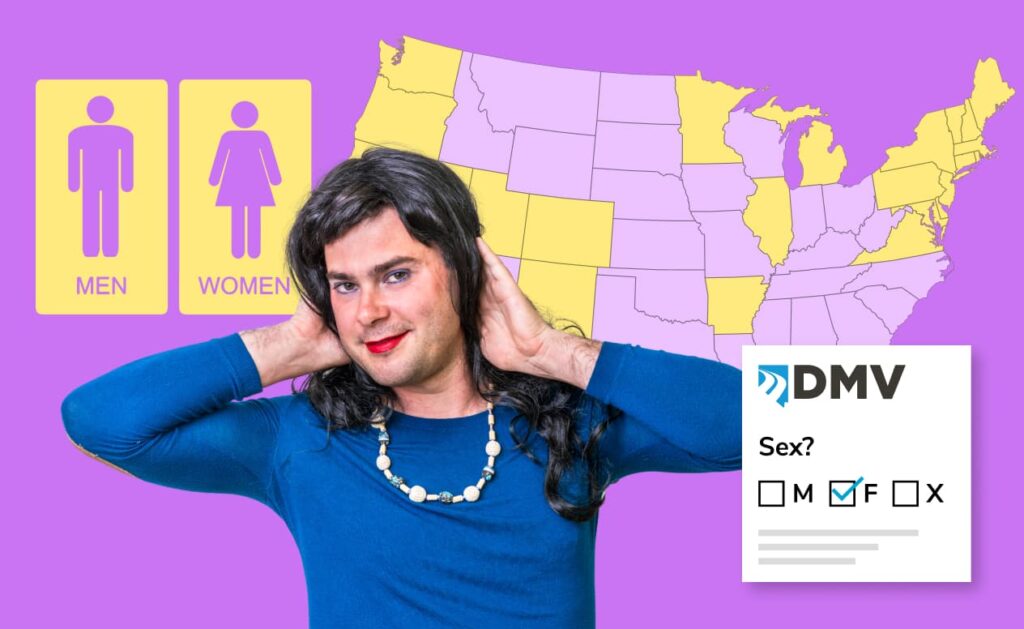 Should changing gender be easy?

If you live in Nevada and want to change your gender, you’re in luck—it’s easy!

Applicants for a Nevada driver’s license are free to select M (male), F (female), or X (nonbinary) on the driver’s license application form, regardless of how their gender is listed on any other legal documents.

So, even if your birth certificate says you’re a male, there’s nothing stopping you from listing female on your Nevada driver’s license.

[…] if you can change legal gender super easily, and as many times as you want, what does that mean for women’s and men’s bathrooms?

And if you change your mind? No problem. You can change your gender on a Nevada driver’s license as many times as you want.

What if you want your birth certificate to reflect your gender identity, too?

For just $40, Nevada Vital Records will issue a new birth certificate with your chosen gender of male, female, or nonbinary (“X”) upon the receipt of two affidavits affirming your gender identity:

Affidavit #1 – from the individual, their parent or guardian, or legal representative, stating the gender that should be on the birth certificate and why.

Affidavit #2 – from anyone who has personal knowledge of the applicant’s gender identity and the gender the applicant intends to maintain.

We can’t help but wonder…should changing your legal gender really be that easy?

Think about it: if you can change legal gender super easily, and as many times as you want, what does that mean for women’s and men’s bathrooms? Or locker rooms at the gym? Or sports?

With other U.S. states considering similar bureaucratic processes for gender change, Halcyon wants to know what YOU think about the question of gender identity.

Our hope is that the results of this survey provide insight into what real people think about gender and help to inform a thoughtful, continued dialogue about gender in the U.S.

Should changing gender be easy?