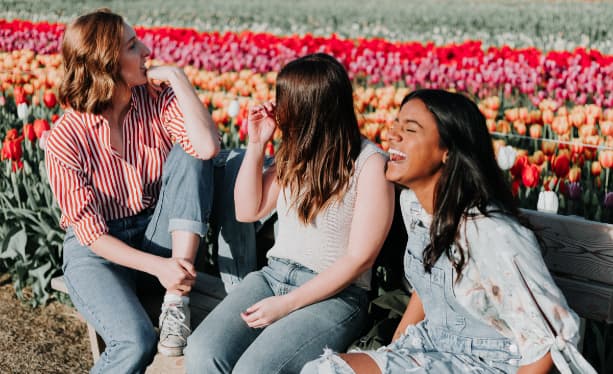 Feminism, at its core, is the advocacy for women’s rights on the basis that they are equal to men. As some have said, “Feminism is the belief that women are people too.” From the right to vote to the glass ceiling, feminists have fought hard to have the same rights and opportunities as men. But there are some questions as to how we look to the future that need to be rethought.

Somewhere along the way, we began operating out of a scarcity mindset — the idea that there’s only so much to go around, so we have to compete for it. So, women are smarter than men, harder workers than men, in general, better at life than men. Not only can we do everything men can do, we do it SO much better. In order to pull women up, we take the approach of pushing men down — they’re dumb, out of touch, have no feelings, and deserve to pay for all the misdeeds of earlier generations. In a day and age when women could only attend women’s colleges, and their voices in politics didn’t count — literally — I understand where this is coming from. But is the man-vs-woman, my-gender-is better-than-yours competition really helpful anymore?

I think we’ve outgrown it. Emma Watson, in her viral speech at the UN, agrees. “The more I have spoken about feminism the more I have realized that fighting for women’s rights has too often become synonymous with man-hating. If there is one thing I know for certain, it is that this has to stop.” Neither men, nor women, are truly free while bound by the stereotypes of male aggressiveness, control, and lack of emotion, while women are stereotyped as the opposite.

Another failing concept prevalent in feminism is the idea that gender should never factor in at all, because we’re all exactly the same, in every possible way. It sounds good on the surface, right? We’re all people. We’re all equally intelligent and capable. But this is a defective utopian concept that hurts more than it heals.

NOT considering the uniqueness of being a woman is more damaging than over-considering it. Women are a diverse, complex gender worthy of recognition all on their own. To make women and men seem the same, whatever qualities differentiate them are placed on the chopping block. For women, the first thing to go is their fertility.

Feminism has called for the ultimate misogyny: women get pregnant, men do not, therefore, women need to be neutered by social and contraceptive control in order to advance. Basically, they must become like men. And it’s your duty to all women, everywhere, to advance yourself at any cost.

I believe the substantial role that women play in procreation should be cause for celebration, not shaming. Through motherhood, women are literally shaping what the future looks like. The role women can play is bigger than just the empowerment of themselves and of other women — it is what empowers and builds the future for all.

Instead, we’re supposed to believe that in order for women to be successful, we need to be “neutered,” either choosing/being pressured to not have children or relying on abortion if we do get pregnant, because we simply aren’t capable of embracing both motherhood and a career.

I think we have a third option for feminists. A camp of New Feminists who fight for women to be recognized for the beauty, importance, and power of their natural and unique roles in society. Women who embrace procreation, not as a chain for the present, but as a call to be an architect of the future. Women whose gifts are recognized as important and needed, and that recognition is reflected in equal pay and leadership roles in the workplace.

Women who also fight for men — for men to be valued for the diversity they bring and for the benefits of the perspectives of both men and women to be seen as vital for a holistic view of humanity.