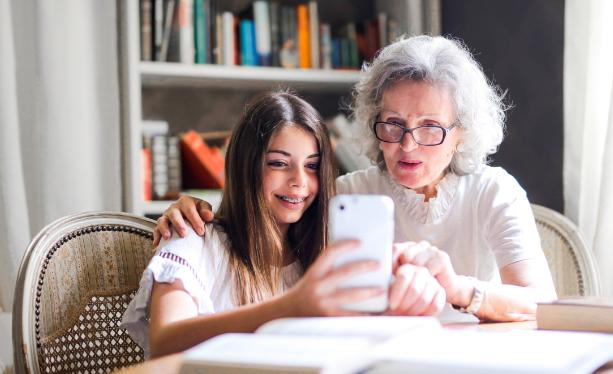 To appeal to Millennials, there are some things that conservatives need to change. Conservative messaging tends to fall flat when it comes to engaging a younger audience. You can argue against me, I suppose, but the stats are there — and they are very clear. It used to be true that generations would tend to get more conservative as they got older, but Millennials seem to be bucking that trend. They are moving away from conservative ideals and religion as they get older.

In light of this trend towards the Left, I thought I would offer 6 things that conservatives need to change in order to engage Millennials.

Conservative media is basically synonymous with angry WASP. All fire and brimstone when talking about the “opposition,” and the future of America. This is great if you only want to have a conversation with the red meat that already agrees with you, but that is not how you build the future. No one buys into a future based on how bad you make the people who disagree with you look. People buy into a future because it offers them hope. This concept really hit me in a recent conversation with a Millennial girl who stated, “I am just having a tough time reconciling the Gospel I have come to know and love to the way conservatives talk and act.” Frankly, so am I.

2. Stop curating news and start having a personality

Conservatives are ruining Facebook and Twitter for me. All they ever do is curate conservative content. Every day. All the time. This flies in the face of the reason social media exists. Social media is intended as a place for people to make a connection, and connections require authenticity.

Conservatives on Facebook and Twitter all sound the same. Each post is a pithy, self-serving little “nugget of truth” comment that jabs at the opposition with such clarity that it will usher in a new age of conservatism, and a news link from a clearly biased source as support. It is as though all conservatives went to bed and woke up as Rush Limbaugh clones.

The problem is that it is all so one dimensional. People are really complex creatures with a diverse set of views, struggles, and triumphs. People want to hear about all of it. They want authenticity. They want to hear from YOU! All of you. Every bit. Don’t hide yourself behind a news aggregate facade or the concept of building your personal “brand.” Brands are fine, but human beings are better. So, please stop pretending to be a news commentator, and start acting like a person — flaws and all.

Brands are fine, but human beings are better.

The Internet was built to facilitate connection — that was always its purpose. It does not exist as a personal platform. Those who understand that do better. It is all too common, however, to find conservatives telling people what to do next with very little back and forth.

The back and forth conversation is necessary. The Cluetrain Manifesto described it best, “When you think of the Internet, don’t think of Mack trucks full of widgets destined for distributorship, whizzing by countless billboards. Think of a table for two.” If you are constantly telling people, then you are not listening. And when you fail to listen you are signaling right away that you have no intention of learning, so why should anyone else want to listen and learn from you?

If you are constantly telling people, then you are not listening.

This ties into a couple of points above, but takes the concept a bit further. Instead of telling, instead of directing, conservatives need to start inspiring. Modern day conservatism — at least from my subjective point-of-view — is, well, really boring. I really like most of the principles, but the messaging, leaders, etc. do not resonate with me. Even the principles seem to be hiding under conservative aggression (see Point #1).

There is so much good in the conservative philosophy, and that goodness needs to inspire people. People will only take in so much direction without inspiration, and I think conservatism has run its course on direction. If it doesn’t start inspiring soon, it is going to sound more and more redundant, tired, and overly aggressive.
Inspire people with good.

5. Care about people more than politics

This one is sort of weird, since politics and people shouldn’t be one or the other. The concept of politics — properly understood — only exists to care about people. The rules, the guidance, the policies, all of it is created to ensure that, generally, people are cared for. This doesn’t mean that conservatives should start jumping into “entitlement” policies, but it might mean changing how the conservative message is perceived.

I’ll offer one example: immigration. I have heard immigration solutions from a lot of conservatives — some local and others national. I don’t disagree with most of what is said. Build a wall? Good. Figure out some way to deal with those who are here illegally? Incredibly complex, but I get it. Create a clarified system for future immigrants to come into the country? Sure. There is nothing wrong with these solutions on their face, but the way conservatives talk about these solutions comes across as angry and without an understanding that we are talking about actual people.

On all issues, frankly, it is easy to talk about policy instead of people, but America has always been great because it understands the importance of “We, the people.” This is what makes conservative beliefs so valuable, because they are rooted in caring for people. And not just for short term gain, but policies that enable real growth for all. Conservatives need to start communicating how their beliefs build, not just a better concept of America, but a better life for the American people without which America doesn’t exist.

The concept of politics — properly understood — only exists to care about people.

Conservatism is built on affirming, defending, and preserving. It is an historical philosophy. As Kengor (2105) states “the task of the conservative is to fight that rebellion, to affirm and defend and preserve and conserve the natural-traditional-biblical family.” Affirm . . . defend . . . preserve. I get it. Conservative = conserve. The problem is that conservation needn’t be stale. The principles and values can remain, but we can look to new approaches, new messages, and new ways to apply these time-tested principles and values.

Conservatism needs to stop thinking that the way it has always been done is the best way, and start looking forward to a new future. Reagan isn’t running for president in 2016. Let the past go. The past informs the future, but the future can never be the past. The future of conservatism, if it wants a future, is change.

Reagan isn’t running for president in 2016. Let the past go.

Although there’s room for improvement, conservatives get a lot of things right. First, conservatives generally oppose the murdering of innocent children. I mean, if we can’t at least benchmark our social and political philosophies there then . . . well, I suppose for some people that is not so clear. It should be. Period. Conservatives really do support the marketplace of ideas concept through a free market, and they tend to support the historical concept of the natural family, which is quintessential to building a good and just society. Finally, conservatives generally understand the importance religious freedom plays in the overall concept of personal freedom. When religious freedom is removed all other freedom goes with it, and conservatives seem to get that.

The breakdown in engaging Millennials happens in communicating of those ideas. Using old talking points, old marketing, and old strategies isn’t going to work with Millennials. Millennials want a future built on hope, authenticity, conversation, charity, and innovation. These are all concepts rooted in the conservative ideology, but Millennials wouldn’t know it.

Conservative principles are foundational, but conservative communication has to evolve.