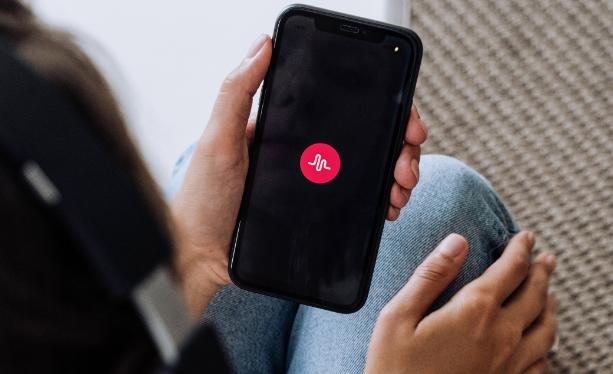 Musical.ly, a phone app, offers children easy access to adult content, and The Halcyon Movement is demanding Musical.ly do more to protect the very young children that use their app. Since launching this campaign I’ve been asked several questions about where the responsibility lies, and what the point is. Here’s a few of the common questions, and my answers:

Yes, other social media apps do contain adult content, but the key phrase is “if you look for it.” On Musical.ly, your kids don’t have to be looking for it for it – it finds them.

“Annie,” the 12-year old who brought this issue to our attention, happened upon a video of a man having sex with what looked like a 15-year old girl after clicking on a friend’s “likes.” When her mom investigated, she found graphic sexual content involving kids as young as 9 or 10.

While doing my own investigation I also ran into what I believe is child pornography. The mother and I have reported the offensive and criminal profiles to an FBI contact the mother is working with.

According to Annie’s mother, “the hashtags linked to the most disturbing videos of prepubescent children engaging in sexually explicit conduct are sometimes completely innocuous words like ‘girl,’ ‘dance,’ ‘hard,’ ‘snapchat,’ or ‘kik.’”

“Your children can type in these words and these videos can pop up. They don’t just have to type in ‘dirty’ words … Most parents don’t think their kids, especially the young ones, would ever type in these dirty words so, ‘whew! We are safe!’ No, they are not. I could even type in half of a dirty word, or misspelled words, and up pops videos of what I was typing, even though I had misspelled it or only typed part of the word.”

2. Isn’t this more the parent’s fault for not monitoring their children’s activities than it is Musical.ly’s?

Parents should absolutely be aware and involved in their kid’s online activities.  But Musical.ly is responsible for monitoring the content on their app, and not warning users ahead of time, especially given their extremely young user base.

“Parents should know how easy it is for their kids to stumble onto hardcore pornography in the app,” Annie’s mother told us.

If Musical.ly isn’t going to do a good job of monitoring their content, they need to warn parents that the app contains adult content. Currently, the app is rated for teens 12+, and says it contains “infrequent/mild” mature, suggestive themes, sexual content, and nudity (the Android app doesn’t even have this warning). But we’ve found far worse, including what seems to be child pornography.

“Parents don’t realize just how vile the videos are, and how young the victims on both sides are….” Annie’s mother told us. “This is so graphic. I can’t stress enough how vile this trap being set for our kids is.”

Musical.ly is also to blame for their shamefully inadequate response to parents’ concerns. When Annie’s mother contacted them about the sex videos involving the 15 year old, this was their response: “Sorry for the inconvenience caused.”

They also said the account and it’s content had been removed, but when Annie’s mother checked several hours later, it was still there.

3. The app store says it’s for teens 12+. Should we really be that surprised, or concerned?

Again, if they’re not going to monitor their content, Musical.ly at least owes parents an accurate rating. And there’s no excuse for allowing child pornography. That’s not just an “inconvenience,” it’s criminal.

4. What should Musical.ly do differently?

First, Musical.ly should delete all pornographic and adult content immediately.

Second, Muscial.ly should actually delete inappropriate content. They say they will do so within 15 minutes, but there are several reports — including from Annie’s mother — that this is not the case.

If Musical.ly doesn’t delete all the adult content immediately, they need to change their app rating to prevent more children from being exposed to the existing pornographic content.

5. What can I do? (besides deleting the app from my kid’s phone)?

Write a review of the app in the Google Play Store or the App Store to warn others by letting other users know that there is adult content.

Share and get your family and friends involved. The more people that take action the better chance we have of Musical.ly committing to keep kids safe.

And lastly, talk to your kids about safety online. Let them know that age limits on apps are there for a reason. If they see something that is confusing, scary, or disturbing, they can, and should, come talk to you about it right away.